Home Brew Your Own Mixer ICs.

An integrated circuit (IC), is a semiconductor wafer on which thousands or millions of tiny resistors, capacitors, and transistors are fabricated. An IC can function as an amplifier, oscillator, timer, counter, computer memory, or microprocessor. A particular IC is categorized as either linear (analog) or digital, depending on its intended application.

Linear ICs have continuously variable output (theoretically capable of attaining an infinite number of states) that depends on the input signal level. As the term implies, the output signal level is a linear function of the input signal level. Analog or linear ICs invaded amateur designs in early seventies and were favored for cost and compatibility. There were numerous designs using them as mixers, IF amplifiers and AF amplifiers among others to say. Mixer ICs became popular for their ease of implementation in compact designs with predictable performance. The most popular devices being  NE 602/612, MC1496, SL640, CA3053, CA3046 and legendary CA3028.

Most of these devises are obsolete and out of production. The others are either hard to find and/or quite expensive; especially NE602/612 and MC1496. You have to shell a considerable wad of bucks to get one. Most western designs are designed around them, but I personally eschew the use of NE602/612 for its low IMD range leading to non-serious design contemplations. Lately I saw some designs using MC3362, TBA120, LA1185 and TA7358 as mixers. These devices are primarily developed for broadcast band radios and TVs, and are equally difficult to find in local markets. Thus; the non-availability of these items led me to look out for cheap alternative…….that is to fabricate my own integrated mixer ICs….!! Sounds impossible; but here is how I make them.

Fabricating Your Own Mixer ICs: I have used almost all mixer ICs; afore-mentioned in my designs over the past three decades of home brewing. They produce almost the similar results in simple receivers. The one I love to play with is legendary CA3028, a single ended differential mixer. This IC is the most versatile device with a protean set of possibilities to go with. It can be used as a mixer, differential amplifier, a cascade amplifier with AGC, a balanced modulator, product detector or even a frequency multiplier. You can Google to download a detailed data sheet of this device. Even ever popular “Solid State Design” by Wes Haywards And Doug De Maw illustrates many designs around this popular device; which unfortunately is now out of production. The following diagram displays the internal diagram of IC CA3028A.

All you have to do is take a good 8 Pin DIP socket and wire the entire circuit on it using discrete transistors and 1/8 watt resistors. The entire circuit can be wired as the above diagram using the component values mentioned. However for the transistors you can substitute BC547/548, 2N2222, 2N3904etc. for HF work as all of them perform very well up to about 50MHz. Beyond that any transistor with higher gain bandwidth product as BFR90 are quite suitable. The Q1 and Q2 should be matched units. You can use any of the following jigs to match transistors. All resistors are of 1% metal film type for best matching. 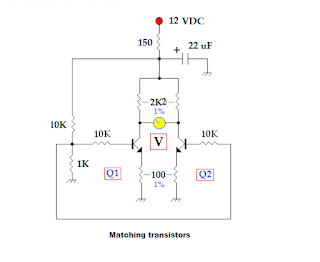 Give a resting period of few seconds for both transistors to be matched and do not touch them. The touch of finger can alter alter the junction temperature of the transistors and thus causing confusing results. The final home brewed mixer on the DIP socket this way can be used in any design as a standard IC circuit. It does not cost an arm and a leg and is far cheaper and easier alternative. 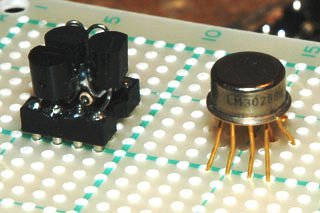 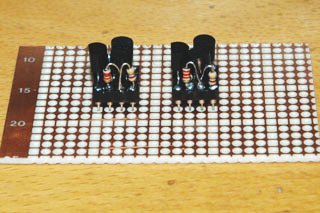 This home brew IC can be used as a mixer, a balanced modulator, product detector, IF amplifier or even as a frequecy multiplier as described in these suggestive drawings:

A Balanced Mixer For DSB Generation.

An IF Amplifier with AGC.

A Cascade IF Amplifier Stage of A Superhet.

An IF Amplifier With X-Tal Filter. 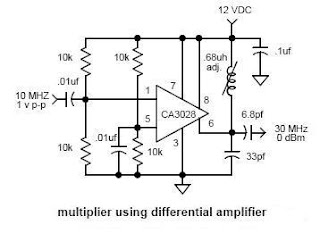 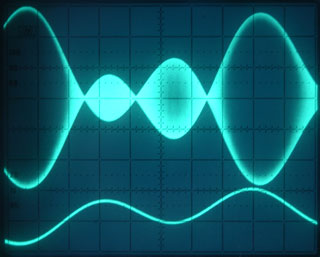 Results of Two Tone Test of Home Made Mixer.